Pregnancy Decision Resources in Winchester, Indiana provides information on emergency contraception and other sexual health related issues. If you’ve recently had unprotected sex or the condom broke, you might be feeling anxious about the possibility of pregnancy. 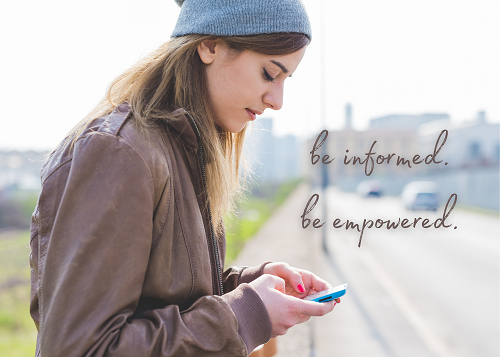 Emergency contraception is any type of birth control used after unprotected intercourse or a known or suspected contraceptive failure (e.g. a broken condom) to attempt to prevent pregnancy.

Commonly sold as Plan B One-Step and ella®, these emergency contraceptives may reduce the chance of pregnancy. These medications are reported to work in several possible ways: Delaying ovulation, blocking sperm from joining with an egg, or preventing a fertilized egg from implanting – some may consider this a very early abortion.1,2,3,4

Emergency contraception does not prevent the spread of sexually transmitted infections (STIs), and there are potential risks and side effects to be considered.4

WHAT IS THE MORNING-AFTER PILL?

The morning-after pill is a form of emergency contraception. Emergency contraception is any type of birth control used after unprotected intercourse or a known or suspected contraceptive failure (e.g. a broken condom) to attempt to prevent pregnancy. One of the most common ones is a pill called Plan B One-Step®.

How well does the morning-after pill work?
Not as well as was originally advertised. It is intended for use within 72 hours of unprotected intercourse.1,2 Studies done since it was released over the counter, say that “it is more effective than nothing.”3

If you are already pregnant from an earlier sexual encounter, taking the morning-after pill is of no value and may cause unpleasant side effects.4

Can the morning-after pill cause an abortion?
Taking Plan B One-Step® after fertilization has taken place may prevent the newly formed life from settling into the uterus and continuing to grow, which some consider a form of early abortion.5,6,7

What are the side effects and risks?
Like any medication, risks and side effects are not the same for everyone who takes the morning-after pill. Plan B One-Step® can cause nausea, abdominal pain, fatigue, headache, heavier menstrual bleeding, and dizziness.8

ella® is a form of emergency contraception – a type of birth control to be used within five days after unprotected intercourse or suspected contraceptive failure (e.g. a broken condom) to attempt to prevent pregnancy.1 It is available by prescription only, and your doctor should rule out pregnancy before prescribing ella®.2

Is ella® effective?
If ella® is taken as directed, it will reduce the chance of pregnancy, but it is not effective in every case.3

Should I take ella® (ulipristal)?
You can only become pregnant on certain days of the month — around the time that you ovulate. Taking ella® during a time when you cannot become pregnant needlessly exposes you to a drug for which there is much that is unknown.4

Can ella® cause an abortion?
Taking ella® after fertilization has taken place may prevent the newly formed life from settling into the uterus and continuing to grow, which some consider a form of early abortion.5,6

There is something else to know about ella®. Unlike Plan B, ella® is a chemical cousin to the abortion pill Mifeprex™. Both have the ability to damage the embryo’s attachment to the uterus, causing its death.7,8

This effect on growing pregnancies was not tested in women, however a higher dose of ella® did cause abortions in pregnant animals, including monkeys, and carries the same potential in humans.9,10

Does ella® have side effects and risks?
There are reports of liver failure among women who have been given ulipristal to shrink their fibroids.11

To learn more about emergency contraception, its risks, & side effects, schedule your free and confidential appointment. Your body and health are important, so take time to make the best decision.

NOTE: We offer accurate information about all your pregnancy options; however, we do not offer or refer for abortion services or emergency contraception. The information presented on this website is intended for general education purposes only and should not be relied upon as a substitute for professional and/or medical advice.

YOUR NEXT STEP
FREE & CONFIDENTIAL APPOINTMENT